While hoteliers can take strong steps to reduce employee theft, eliminating it entirely is likely an impossibility. 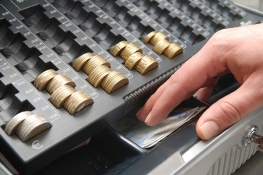 The best loss prevention involves good procedures for hiring, training and supervision of employees. And by following a few best practices, employers can limit the potential liability for claims related to employee theft situations and diminish the potential for the insult of an expensive lawsuit on top of the injury of employee theft.

The problem of employee theft in hotels is an age-old problem. Businesses lose billion of dollars each year in employee theft. And hotels, by nature, present numerous opportunities for employee theft from guests and the house. Theft in a hotel can take many forms – from identity theft to credit card fraud to theft of merchandise and guest property. No employer hires an employee thinking that the employee is someday going to steal. Hotels need to take steps to prevent theft and be cautious in taking action against an employee after a suspected theft. Both have practice and legal implications.

Prevention in All Forms

Take a thorough look at your hotel’s security measures and processes. Ensure that your guest room locking systems and room safes meet general industry standards. Review, implement or update employee policies related to 1) package passes to control removal of property from the hotel, 2) lost and found procedures, which should be strictly enforced and 3) guest room access by employees. Consider an audit by a security expert to review your security procedures and protocols – in action.

“…Starting in January 2013 and continuing through October, (the defendant) began forging checks and taking cash from the Brass Compass and

Archer’s restaurant. The lawsuit claims that Allen forged Archer’s name on $49,592 in checks and stole about $30,000 in cash from the two restaurants…Also, during those 10 months, Allen failed to pay state sales taxes for the two restaurants, which has resulted in Archer incurring interest and penalties for the failure to pay the taxes…”

The owner of two Rockland restaurants has filed a lawsuit against her former bookkeeper, alleging she embezzled nearly $80,000. Lynn Archer and her company Archer’s LLC filed the lawsuit Tuesday in Knox County Superior Court against Melanie L. Allen of Union.

Allen was arrested Oct. 23 by Rockland police and charged with felony theft and felony forgery. At the time, police said Allen was suspected of embezzling at least $18,000 from the Brass Compass Cafe and Archer’s on the Pier, both Rockland restaurants owned by Lynn Archer.

“…(the defendant) was hired as a waitress at Buffalo Wild Wings…on June 19, 2013, she stole from customers by padding the tip amount on

electronic receipts…For example, when someone used a credit card to pay for their bill, (she) would change the tip amount when she entered the transaction into the computer…The restaurant received a complaint from a customer, which led to an internal investigation by the business. That initial complaint led to others…”

Kortney Donesia Lewis, a 25-year-old Fruitport Township woman, garnered three prison terms this week for padding her waitress tips at a Buffalo Wild Wings restaurant — crimes committed while she was a fugitive from sentencing for a theft at a Red Roof Inn job.

Lewis also has a previous conviction record of stealing credit cards and larceny in a building in 2009.

“…Police reported that a 51-year-old female employee at the Hotel Del Coronado embezzled an estimated $98,000 in cash and merchandise from

The Signature Shop, which sells apparel, gifts, wine and food…over a four-year period…”

An employee signed a confession to taking an estimated $49,000 in cash and $49,000 in merchandise from a gift shop at the Hotel Del Coronado, according to police.

Police said the employee had been taking money from the cash register while working at the hotel on the 1500 block of Orange Avenue over a four-year period from May 2009 to May 2013.

“…As a controller at the hotel, (the employee) had been responsible for removing and verifying nightly deposits cashiers made into the

safe. His duties included checking these funds against a corresponding drop log and hotel records…A total of 97 deposits were found to be missing $34,280.53, according to an arrest warrant…to further conceal the scheme, (he) also is accused of falsely inflating the hotel’s reward point system, a program that allows guests to redeem points for services…”

An employee at the Renaissance hotel in Baton Rouge is accused of stealing more than $34,000 from hotel safe deposits and altering financial records to cover his tracks, according to court records. East Baton Rouge Parish sheriff’s deputies issued an arrest warrant for Matthew D. Dziadosz, 38, 8741 Pecan Tree Drive, on one count of felony theft. Detectives began an inquiry in June after an internal audit turned up discrepancies in the hotel’s deposits and accounting records.

“It was noted that varying amounts of cash were systematically removed from the daily dropped envelopes,” Detective Kevin Chenier wrote in the warrant.

Hotel records showed more than three dozen instances in which drop log entries had been altered and another 12 entries omitted entirely.

“This would have given the impression the employee had not dropped an envelope at all,” Chenier wrote.

“…(the former employee), who was hired in May, apparently slipped up through the freight elevator so that he wouldn’t be detected by hotel

surveillance cameras and then used a swipe card to get into unoccupied newlywed suites…$770 was taken (in one incident) and for another on Saturday, when a couple said $500 was stolen…”

A since-fired bell hop at the Saddle Brook Marriott was arrested by local police last night and charged with slipping into the rooms of newlyweds at their receptions and snatching some of their wedding-gift cash.

Timothy Henriquez, 30, of Chester, NY, is charged with two counts of theft — for a July incident in which $770 was taken and for another on Saturday, when a couple said $500 was stolen. He was released on a summons pending a Municipal Court hearing, police said.

provides training opportunities and also highlights suspicious activity of a particular cashier or manager…top that off with a video catching an employee in the act and it’s icing on the cake…The cloud-based system, which now has a real-time mobile app to alert  managers when suspicious activity occurs,  gives managers hard data on their employees, said Lori Kittle, CIO of Landry’s, the company behind 40 restaurant brands, including Morton’s, Bubba Gump and McCormick & Schmick’s…”

The National Restaurant Association estimates that internal employee theft is responsible for 75 percent of inventory shortages and about 4 percent of restaurant sales. Three-quarters of employees steal from the workplace at least once, while half steal repeatedly.

Another company specializing in detecting and preventing employee theft is EZConnect, which is used in Subway and Dunkin Donuts units. The platform features the ability to integrate digital video with the POS system as well.