As state and federal budget cuts tend to wane, the Department of Labor (DOL) is expected to step up enforcement against hospitality employers in the coming year.

Because the DOL considers the hospitality industry as a “fissured” industry, owners, franchisors, franchisees and management companies should be prepared to deal with inquiries, particularly in the areas of tipped employees and the misclassification of employees.

According the U.S. Bureau of Labor Statistics, the hospitality sector added 321,000 additional jobs in 2014. With all those new employees, as well as the continued addition of jobs we expect to see in coming year, here are our top predictions for labor law issues that will play a vital role in the hospitality industry in 2015.

enhance the agency’s ability to target our resources to save lives and prevent further injury and illness. This new data will enable the agency to identify the workplaces where workers are at the greatest risk and target our compliance assistance and enforcement resources accordingly.”

You can report to OSHA by

“…The restaurants’ failure to pay them overtime dropped their pay below the federal minimum of $7.25 an hour, the department said. Employees

Two Nassau sushi restaurants and an executive have agreed to pay more than $288,000 to settle federal charges that they “willfully” failed to pay 70 workers minimum wage and overtime, the U.S. Labor Department said.

Xaga Sushi in Merrick and Hewlett, and their president, Mei Yu Zhang, agreed to pay $261,887 in back wages and $26,322 in penalties, the Labor Department announced Monday.

The department contends the restaurants failed to pay the servers, busboys and kitchen staff overtime, even when some employees regularly worked as many as 50 hours a week. Instead, they were paid a flat monthly rate no matter how many hours they worked, the department said.

Investigators found that the MCM Elegante and MCM Grande Hotels paid housekeeping staff a flat rate per room cleaned, without regard to the

number of hours worked. When these employees worked more than 40 hours in a week, the employers continued to pay only this flat rate, failing to pay overtime at one and one-half times the employees’ regular rates of pay, as required by the FLSA. A housekeeper paid $3 per room, cleaning three rooms per hour, would earn $450 for a 50-hour week at the piece rate, without overtime. The employee would legally be due $495, a shortage of $45.

MCM Elegante and MCM Grande Hotels in New Mexico and Texas have paid $78,876 in overtime back wages to 200 dishwashers, bartenders, wait staff, bellmen, housekeeping, and maintenance workers following an investigation by the U.S. Department of Labor’s Wage and Hour Division (WHD).

The investigation allegedly found overtime, minimum wage, and recordkeeping violations of the Fair Labor Standards Act (FLSA). Employees in Albuquerque, New Mexico and several cities in Texas, were not properly paid wages they were due. The hotels are owned by HTL Operating LLC, based in Odessa, Texas.

As a result of the investigation, the employer has agreed to comply with the FLSA at all of its locations. It will pay the back wages found due in full.

Hospitality Industry Employment Risks: South Carolina Restaurants Ordered To Pay $391,000 In Back Wages To Workers; Servers Paid Below Mandated $2.13 Per Hour And Received Tips Only

“…the restaurants agreed to maintain future compliance with the FLSA by keeping accurate records of employees’ work hours, wages and other required employment information; paying all employees at least the

federal minimum wage; and providing overtime compensation and informing employees in advance that the tip credit will be used…”

Three restaurants in South Carolina have been ordered to pay $391,000 in back wages to workers, as the result of a Department of Labor investigation. The restaurants, all individually owned branches of the San Jose Mexican restaurant chain, owe 37 employees wages for overtime and minimum wages. The DOL’s Wage and Hour Division also found violations in record-keeping provisions.

Following widespread noncompliance in the state’s restaurant industry, the Wage and Hour Division began a multiyear enforcement initiative. Since 2009, more than $2.5 million has been paid to workers, following 2,500 investigations.

All three of the restaurants failed to properly compensate employees. Servers were paid below the mandated $2.13 per hour and made to rely on tips for pay. Other employees were paid flat salaries below the minimum wage requirements, with no regard to hours worked.

adversely impacts the wages and working conditions of many low-wage, vulnerable workers…”

Wage and Hour Division investigators with the U.S. Department of Labor conducted comprehensive reviews of payroll records and employment practices in both San Francisco and Los Angeles, in addition to employee interviews, and found that restaurants were violating minimum wage, overtime and record-keeping provisions.

As a result, 273 restaurant workers will divvy up $672,333 in unpaid minimum wages and overtime compensation, according to the feds.

The Fair Labor Standards Act requires that covered employees be paid at least the federal minimum wage of $7.25 per hour, as well as time-and-a-half of their regular rates for hours worked over 40 per week. The law also says employers must keep accurate records of employees’ wages, hours and other conditions of employment, and prohibits employers from retaliating against employees who exercise their rights under the law. If employers don’t abide by these rules, they are liable to pay back wages and an equal amount in liquidated damages to employees.

“…The class-action complaint…says Chipotle misclassified its “apprentices” as managerial salaried employees who don’t qualify for overtime pay. The suit contends apprentices earn salaries of $40,000 but frequently 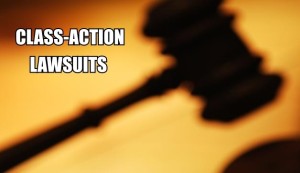 work more than 40 hours a week and often perform the duties of hourly workers, including cooking and filling orders…”

Chipotle Mexican Grill Inc. says a lawsuit alleging the Colorado- based company has failed to pay overtime to hundreds of employees is frivolous.

Chipotle spokesman Chris Arnold said the restaurant chain carefully defines the roles in its restaurants and that the apprentice position is “clearly” a managerial role ineligible for overtime, under state and federal laws.

The lawsuit seeks back pay and damages. Chipotle has about 1,350 restaurants.