“…He would apparently watch a guest leave then go into the room and claim he’s that person.  Once in the room, police told WFTV Price would call the front desk and say he wanted to extend the stay, sometimes by 10 days…”

“…At the Portofino Bay Hotel at Universal, Price allegedly racked up nearly $9,000 in charges on an Ohio man’s credit card…”

A homeless man spent Friday night in the Orange County Jail.  He was busted after police said he posed as a guest at lavish hotels and went on spending sprees that his victims paid for. David Price has been homeless for the past two years.  On some nights he found shelter at the most lavish hotels in Orange County including The Ritz Carlton, Hard Rock Hotel and Loews Portofino Bay.  He stayed at those hotels on other people’s dime.

A few days ago, police arrested Price after he finagled his way into a room at the Hard Rock Hotel that was previously occupied by a hotel worker.  Security officers knew the employee had already left so they called the police.  Officers apparently found items from other hotels in the room, including The Peabody on International Drive and the Four Seasons in Miami.

“…(restaurant employee) came from behind  the pick-up counter to attack Shears, “violently pushing her the glass front  door causing the glass door to shatter” and severely injure Shears’ leg,  according to the suit…Shears

A woman is suing a Chicago restaurant and its employee for  $50,000 after she claims she was violently thrown through a glass door for  requesting extra packets of sauce.

A lawsuit filed this week in Cook County Court states the incident happened  after Chicago resident Tiawanda Shears placed a to-go order at the New China Wok  Limited, at 752 W. Garfield Blvd., on May 14.

After receiving her food, Shears noticed the order contained  only one sauce packet and “politely” asked employee Hui Tian Wu for more sauce,  according to the lawsuit.

“…the Oregon Health Authority’s Foodborne Illness Prevention department said the measure was created to prevent the spread of norovirus, the most common cause of food poisoning. It’s often spread through improper

Oregon restaurant owners and chefs recently earned a small victory, delaying by several months a new state rule that could make dining out more expensive, create waste and, despite its good intentions, do little to protect public health.

The rule, initially set to take effect Sunday, would require cooks to wear gloves or otherwise avoid touching food with their bare hands. But restaurant owners argued the requirement won’t prove safer than the state’s current rigorous hand-washing practices — and the science seems to back them up.

At least a half-dozen recent studies have concluded the same: Counterintuitively, wearing gloves does little to prevent the spread of bacteria compared with effective hand washing. Wearing gloves has been found to reduce the number of times people wash their hands, while warm, moist conditions create a hothouse for bacteria to grow. A 2005 report from the University of Oklahoma Health Sciences Center that analyzed grilled tortillas found more staph, coliform and other harmful bacteria on the samples prepared by workers wearing gloves.

“Gloves lead to a bulletproof-vest feeling,” said Bryan Steelman, owner of the Mexican eatery Por Que No? and among the restaurateurs leading the charge against the new rule. “Cooks think, ‘I have a glove on. I don’t need to wash my hands.'” 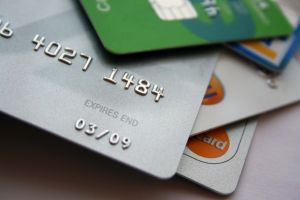 Wyndham, which operates several hotel brands, including the value-oriented Days Inn and Super 8, is one of a large number of organizations that acknowledged in the past three years that they had been hacked by people seeking either financial gain or intellectual property.

“…Firefighters were initially concerned the blaze would spread deep into the hotel, but the unusually heavy-duty firewall and a fortunate south wind spared the brick-faced structure from catastrophic damage…The fire also did significant damage to the exterior of the hotel, and also destroyed the hotel swimming pool’s pumping

Interior demolition and clean-up at the Maryville Comfort Inn Motel, damaged May 19 when an adjoining empty restaurant building was gutted by fire, is nearing completion, paving the way for renovation of four smoke- and heat-damaged rooms later this summer.

Chuck Hetrick, general manager of the hotel, located at the south end of Business 71, said crews were wrapping up removal of smoke-impregnated insulation from the attic above the damaged rooms in preparation for installation of fresh insulation and new sheetrock.

A concrete-block firewall that separates Comfort Inn from what is left of the restaurant is to be torn down, which will allow a north-end interior stairwell to be widened.

Though Comfort Inn has remained in operation in the weeks since the blaze, Hetrick said occupancy is down. In an attempt to let potential customers know the lodge is open for business, a large sign visible from Main Street bears the message, “We are open.”

“…an unscrupulous restaurant waiter with a pocket skimmer might be able to steal information from hundreds of customers a week, selling that information to those with the means to encode fake credit cards.

The (stolen) information then can be emailed or downloaded over the Internet and rewritten onto any card with a magnetic strip, such as gift cards or hotel keys. While the victim’s credit card is still in his or her possession, someone could be using a perfect replica hundreds of miles away.

The process, called “cloning,” accounts for much of the growth in credit card fraud during the past few years, officials said. According to a Javelin Strategy and Research report, credit card fraud has increased 87 percent since 2010, culminating in aggregate losses of $6 billion nationwide.

Credit card cloning is easy and lucrative, accounting for its popularity, said Sileo, who founded the Web site Thinklikeaspy.com.

People whose cards are skimmed might not know for weeks or months that their information has been stolen. Once someone realizes it, the account usually is closed quickly. Savvy crooks know to rack up major bills just as fast.

employees at its Galleria location.  Villa Galleria also agreed to report internal complaints of sex harassment to the EEOC for the decree’s 18-month term.

A restaurant in the Galleria will pay $23,000 and provide training against sexual harassment to all employees as the result of a sexual harasssment lawsuit settlement, according to the U.S. Equal Employment Opportunity Commission.

The EEOC filed a suit last September that alleged Villa Galleria allowed an employee to be subjected to sexual harassment by an assistant supervisor.  The employee alleged the supervisor tried to put his hands up her skirt and kiss her.