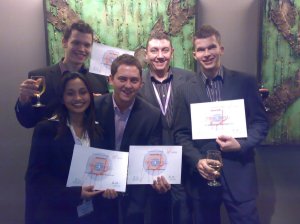 Guest relationships can become collateral damage when hotel employees envy the relationships co-workers have with their bosses, according to an international team of researchers.

In the study of front-line hotel employees — desk staff, food and beverage workers, housekeepers — workers who have poor relationships with their bosses were more likely to envy co-workers with better relationships with supervisors, said John O’Neill, associate professor, School of Hospitality Management, Penn State. The study showed that the envious workers also were less likely to help co-workers or to volunteer for additional duties. The researchers report their findings in the current issue of International Journal of Hospitality Management.

“People who are less envious often go above and beyond their normal job duties to do things like cover for an employee who has gone home to help a sick family member,” said O’Neill. “Conversely workers who are more envious are less willing to perform these additional duties.”

“A homeless person was trying to sneak into the hotel, and we got a shot of him and put it in the system,” explains John Alan  Moore, the hotel’s director of security and life safety, by way of 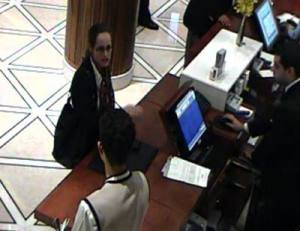 example. When the video system picked him up trying to enter the hotel again, the system sent off an alert, so security might escort him off the property.

“…the hotel isn’t just monitoring for potential outsider threat; it’s also keeping an eye out for rogue insiders, too.The hotel is using facial recognition to monitor employee behavior, paying particular attention to any former employees who leave on less-than-pleasant terms. All employees are informed that video monitoring of them takes place…”

As open buildings, hotels are typically on guard for any signs of trouble. So it’s no surprise that the downtown Hilton Americas-Houston just upgraded its video-surveillance system, installing one based on 3VR Security’s digital recorder platform for the sake of efficient retrieval of video footage for research.

Americas-Houston’s new networked digital-video system also includes facial recognition capability so Hilton can input a digital facial image that can send out an alert related to that individual if picked up by the video surveillance cameras.

But the hotel isn’t just monitoring for potential outsider threat; it’s also keeping an eye out for rogue insiders, too.The hotel is using facial recognition to monitor employee behavior, paying particular attention to any former employees who leave on less-than-pleasant terms. All employees are informed that video monitoring of them takes place.

The video system monitors the areas where employees come to punch into time clocks in order to verify the person’s identity. But perhaps more significantly, the facial recognition system is used to watch for any suspicious activities of employees or former employees.

“If someone leaves under bad conditions, we set up alerts for that,” Moore says. If the former employee suddenly showed up at the hotel, the video surveillance system would send out an alert.

In any serious cases related to any trouble, the video surveillance footage is stored and can be e-mailed to insurance carriers or the local district attorney. The system has 1TB each of storage and backup and only saves movement in clips.

The video surveillance system is used far more often for examining more mundane problems, such as when a guest complains of misplacing an item or wondering where the valet is. And the hotel isn’t doing facial recognition of its guests — though it would be nice to know whenever a top celebrity might walk through the door. 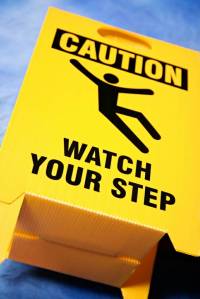 injuries that occur on property. Liability will vary depending on the legal rules and principles in place in the state where the premises liability injury occurred.

There are, essentially, three classifications of people on your property:

Your obligations to each will vary, and your duty gradually increases as you move from trespasser to invitee.

The invitee garners the greatest obligation. Here the owner or occupier must act to keep the property in reasonably safe condition and warn the invitee of any latent defects.

For best results, employ and document daily property inspections. Have a plan in place that requires employees to keep an eye out for hazards and a system in place to document compliance with the process.

Nonetheless, injuries on your property can occur. However, liability is not automatic. If you have maintained a diligent inspection process and can document compliance, the claimant will have a difficult time proving that you knew or should have known about the condition causing the injury. This provides an avenue to escape liability.

Other traditional defenses center upon the comparative negligence of the injured person and can take many forms. For example, it includes the provision of warnings that go unheeded. It also includes hazards that are so obvious as not to require warnings, but nonetheless go unnoticed.

Surveillance cameras in the hotel captured the suspect’s image walking through the hotel’s garage and up a stairway in the hotel. He is described as a black male, about 5-foot-10, weighing about 200 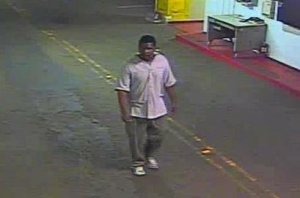 Surveillance cameras in the hotel captured the suspect’s image walking through the hotel’s garage and up a stairway in the hotel. He is described as a black male, about 5-foot-10, weighing about 200 pounds and estimated at 25-35 years old.

pounds and estimated at 25-35 years old.

Police are searching for a man who entered an apartment at the Alexandria Hotel in the early morning of Sept. 21 and stole cash, credit cards and laptops from the couple who live in the unit.

The married couple was awoken when the apartment’s main room lights were turned on at about 4 a.m., apparently by the suspect who entered the unlocked unit. The suspect then entered the bedroom wielding a knife, Lt. Paul Vernon said. The victims agreed to cooperate with the suspect, and gave him their ATM access codes.

“Most burglars go out of their way to avoid confrontation,” Vernon said. “This suspect was not afraid of running into his victims, and perhaps, intended to all along. That makes him more dangerous.”

Police use the phrase “hot prowl” to refer to robberies or burglaries that take place while victims are present.

Based on the captured surveillance image, police are hoping someone will recognize the suspect and contact detectives. Vernon said that investigators are currently working with staff at the hotel, at 501 S. Spring St., to determine whether the suspect was possibly a resident.

“We hope someone will recognize him so we can arrest him before he hurts someone,” Vernon said. 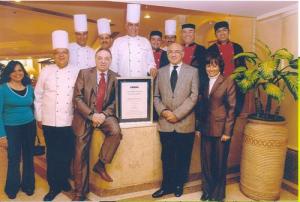 As both Federal and State budgets become more strained, the IRS and state tax authorities sharpen their pencils further to extract as much in unpaid taxes possible.  The next target: misclassification of employees as independent contractors.

Why all the fuss about misclassification?

When workers are classified as employees, employers must pay certain taxes and withhold certain taxes on behalf of taxing authorities from the workers’ pay.  These include:

I say “generally believed” because the last comprehensive study undertaken by the IRS to estimate the “misclassification” problem was conducted in 1984.  In 2009, the Treasury Inspector General for Tax Administration (“TIGTA”) issued a report asserting that misclassification is an important and growing problem, but failed to provide an actual estimate to how widespread the problem is currently.  The Joint Committee on Taxation, however, estimates that between 2010 and 2020 addressing the misclassification problem will generate an additional $6.9 billion in tax revenues.

Why does misclassification happen?

Misclassification can occur for a variety of reasons.  Many times it is ignorance of how to properly classify.  In some cases, employers may seek to avoid many of the costs and regulations associated with having employees which are not required with independent contractors. Other times the employee and employer work together and split the difference on the savings from intentional misclassification.  On the whole though, the employer benefits more than the employee, because the lost benefits of being classified as an employee are seldom made whole with any additional increase in pay.

New laws with stiff penalties in the works

In the Senate, the Employee Misclassification Prevention Act was introduced this year by Senator Sherrod Brown from Ohio and it currently has 8 cosponsors. The law amends the Fair Labor Standards Act (“FLSA”) by requiring every company to keep records of non-employees who perform labor or services and inform all new employees and non-employees of their classification and rights.  The proposed law would also make it unlawful to “fail to classify accurately an employee or non-employee”.  It also includes several punitive provisions, including fines of $1,100 for each violation going up to $5,000 per violation for repeat offenders.

In the House of Representatives a proposed law by the same name was introduced by Representative Lynn Woolsey of California’s 6th district. The bill has 16 cosponsors and is identical to the Senate version.

There are several other bills that address misclassification so it is likely that at least one will become law in the near future.  If your business may be misclassifying it would be prudent to address the issue sooner rather than later.

An Iraq veteran was on the verge of being kicked out of her temporary home, all over her service dog.
KOB Eyewitness News 4 cameras were rolling as police showed up. Retired Army Sergeant Erin Hunt is recovering from post traumatic stress disorder. Helping her is Memphis, a service dog given to her by the non profit “Paws and Stripes.”

Think no one else is reading your work email? Think again. A new survey by Cyber-Ark Software found more than 40 percent of IT administrators have indulged in a little snooping around inside their own network, using administrative passwords to view sensitive or confidential information. Adam Bosnian is the executive vice president for the Americas and corporate development at Cyber-Ark Software. He says many snoop simply because they have the access. (Click on the microphone above to hear interview with him.)